Have you read the Book Heaven is for Real: A Little Boy’s Astounding Story of His Trip to Heaven and Back

by Todd Burpo?, Have you watched the movie? A truly inspiring testimony who gives us hope of what we’re to experience.

But as much as Heaven is for real, Hell is for sure too. I’ve seen other few testimonies of people who claim to be taken to the Hades like Bill Wiese in 23 Minutes In Hell: One Man’s Story About What He Saw, Heard, and Felt in That Place of Torment

and other stories in YouTube. And for what I have heard, hell is surely a place where no one would ever want to be…Never. No matter how confident and “brave” many people may want to look like.

The Bible describes it as fiery furnace, where there will be weeping and gnashing of teeth (Matthew 13:50). A place of eternal punishment (Matthew 25:46),  A lake of fire and a second death (Revelation 10: 14-14)…eternal death. Can you imagine? can you really grasp the meaning of eternity? I remember listening to the interview of Bill Wiese and he mentioned several times that if he was there for only 23 minutes and was so horrifying that felt “eternity”, how would actually be being there for eternity…forever and ever?

But if you ask me, many people live in Hell right here, right now.

2 Thessalonians 1:9 says They will be punished with everlasting destruction and shut out from the presence of the Lord and from the majesty of his power.

For us, His children we have the certainty that we have been delivered, exempted  from ever stepping hell because Jesus Christ took my place at the cross. He took my cross, my sin and my punishment and declared it done! It is done!

He was risen and I was risen with Him!  He overcame the death and the darkness and gave me the power to do it too!

GOD HAS SET ME FREE:

We have escaped like a bird out of the fowler’s snare; the snare has been broken and we have escaped. –Psalm 124:7

Those who oppose him he must gently instruct, in the hope that God will grant them repentance leading them to a knowledge of the truth, and that they will come to their senses and escape from the trap of the devil, who has taken them captive to do his will. 2 Timothy 2:25-26

GOD HAS GIVEN ME ACCESS TO HIS DIVINE AND GLORIOUS KINGDOM OF LIFE, THROUGH JESUS CHRIST:

giving thanks to the Father, who has qualified you to share in the inheritance of the saints in the kingdom of light. For he has rescued us from the dominion of darkness and brought us into the kingdom of the Son he loves, Colossians 1:12-13

NOTHING (THE ENEMY OR ANYONE) CAN’T SEPARATE ME FROM GOD:

For I am convinced that neither death nor life, neither angels nor demons, neither the present nor the future, nor any powers,  neither height nor depth, nor anything else in all creation, will be able to separate us from the love of God that is in Christ Jesus our Lord. Romans 8:38-39

who through faith are shielded by God’s power until the coming of the salvation that is ready to be revealed in the last time. 1 Peter 1:5

This post may contain my referral links. Read my full disclosure here.

Jeremy Myers – Does Jesus Talk About Hell More Than Heaven?
Wesley Rostoll – Hell, thoughts on annihilationism
K. W. Leslie – Dark Christians
Paul Meier – Hell Is For Real – I’ve Been There and Came Back
Glenn Hager – Abusing Hell
The Virtual Abbess – What The Hell?
Kimbery Klein – Hell, if I know.
Michael Donahoe – Hell Yes…or No?
Liz Dyer – Hell? No!
Margaret Boelman – Hell No I Won’t Go
Loveday Anyim – Why the hell do you believe in hell?
Linda – If you died today, where would you go?
Edwin Aldrich – What the Hell do we really know.
Mallory Pickering – The Time I Blogged About Hell

9 responses to “Hell Is For Real” 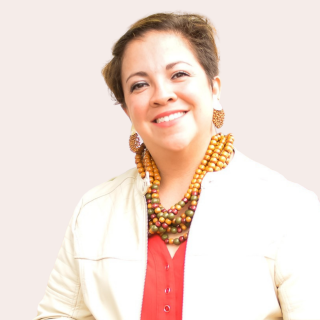